Janice Ball Fisher passed away in October 2010, leaving a legacy gift of $100,000 to the Fishtown Preservation Society. Joanie Fisher Woods and Jeff Fisher, two of Janice Ball Fisherâ€™s seven children, remember their motherâ€™s ties to Leland and Fishtownâ€”and now wish that they had asked their mother more questions.

Everywhere they lived, John W. and Janice B. Fisher had a photo or a painting of Fishtown on the wall. In their Leland cottage, in their home in Muncie, and even in Naples, Florida, where they wintered, there was a picture. â€œThey never completely left Fishtown and Leland,â€ said Jeff. â€œThey had to have a reminder.â€

The reminder was for a lifetime of experiences and memories, many of which remained essentially the same from generation to generation of the Ball and Fisher families. Across the decades family members savored the way that Leland and Fishtown let them escape the more formal elements of their daily livesâ€”to allow family and community to come together. Janice Kelsey (Ball) Fisher was born in 1916 as the youngest of four siblings. Her motherâ€™s family had started coming to Leland in 1903, seeking a place to escape the hot Indiana summers. No sooner would they arrive at their cottages when aunts, uncles, cousins and everyone else in Indiana Woods shed their winter rules. Jeff remembered how even in his youth, â€œchildren floated freely from house to house.â€ They soon migrated down the beach and into Fishtown, which in summer was the larger world. Here they witnessed dangers, made lifelong friendships, accepted the many imperfections of the world, and devoted themselves to a place that helped define their lives. 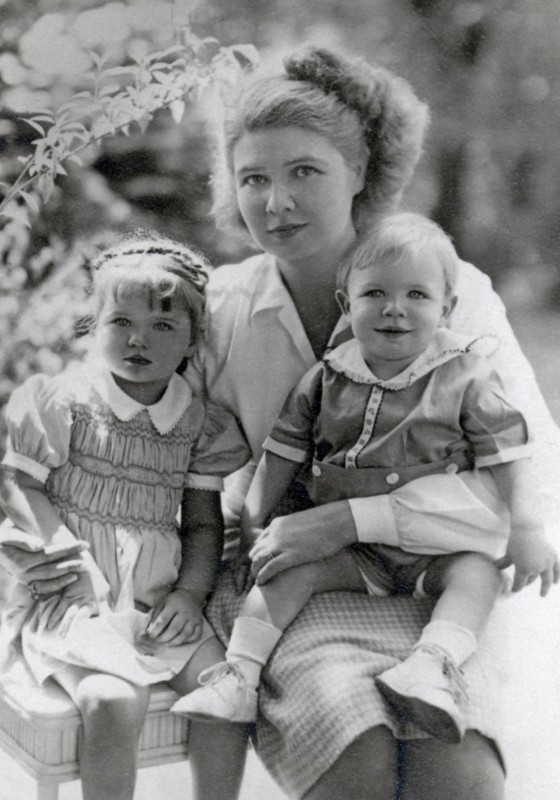 Janice Ball Fisher with two of children, Joanie and Mike

With their cottages facing Lake Michigan, the sound of the fish boats coming and going marked their days. â€œThey all had this great chug, chug, chug coming across the water,â€ said Jeff, â€œand we just stood and stared at them.â€ Unsettled weather added tension to the movements of the fishing boats. â€œWhen storms would come,â€ Joanie remembered, â€œthere was always excitement about getting the boats back in. There were the two piers out there, going straight out, and the waves would be crashing over the piers. It was really scary. These guys were amazing at getting those boats in.â€

There was a charm about Fishtown, her children said, that Janice and the family loved and still love. â€œThere was something about the personalities of the people,â€ Joanie said. â€œShe loved all the fishermen down there, especially Pete Carlson. As a kid she played down there and those guys were always nice to kids.â€ Janice particularly liked the imperfection of Fishtown. â€œNothing was perfect,â€ said Jeff. â€œIt was all sort of cobbled together and it was a neat thing in her mind that things didnâ€™t have to be perfect.â€ She shared this kind of affection for Fishtown with her sister, Adelia Ball Morris, who bought one of the shanties just so the fishermen could keep working there.

â€œFishtown draws people in,â€ said Jeff, â€œwhether itâ€™s the wonderful smells of the smokehouse or talking with the fishermen. Those are the things I remember, and Iâ€™m sure mom did, too, when she was growing up here in summers.â€

Caring about Fishtown passed from each generation to the next. â€œAs we grew up, loving Fishtown just imprinted more and more,â€ said Jeff. â€œItâ€™s part of the soul of Leland. I think thatâ€™s what a lot of people are here for. It just feels good.â€

â€œShe would want people to know how important Fishtown is to the community,â€ Joanie said. She asks that others do as her mother did, and as she will do in her turn: add their legacy to Fishtownâ€™s. â€œLeland would be just another resort community on the lake without having that little special connectionâ€”Fishtownâ€”that counts for so much.â€

Ask more questions about your familyâ€™s past. And add your own legacy to Fishtown.