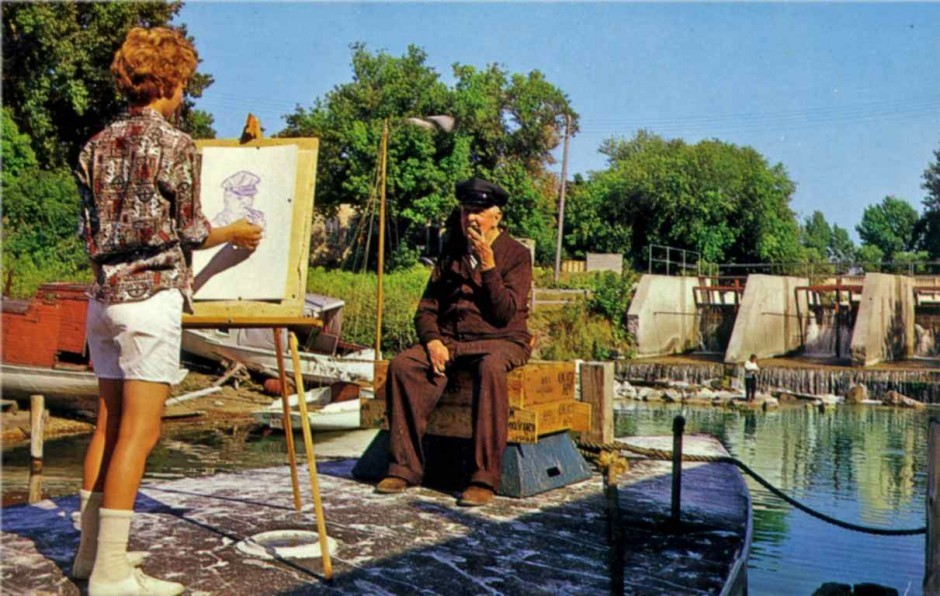 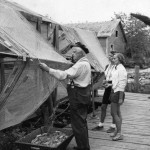 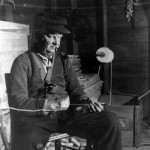 We’re happy to share a few photos of George Cook, one of Fishtown’s most colorful fishermen, a real “old salt” on our freshwater lake. You may notice in the photo that George is missing several fingers on his right hand. He liked to imply that this was the result of some maritime misadventure, but we’ve discovered the truth behind the legend.

George Cook (1872-1965) lost his fingers in a 4th of July mishap. As the Leelanau Enterprise reported on July 5, 1900: “George Cook had his right hand blown off yesterday by the discharge of a large cannon cracker. Dr. Fralick of Maple City dressed the injured member.” Nevertheless, George had a long and successful career as a commercial fisherman. “He was amazing,” recalled resorter Barbara Gentile, “what he could accomplish with a thumb and a finger or two.”

George delighted in posing for photos for tourists and for sketches for art students. Before becoming a fisherman, he worked as a “dock walloper,” lumberjack, carpenter, and farm hand. With fishing partner Martin Brown, he built in 1903 the oldest surviving shanty in Fishtown. According to Mike Grosvenor (of the Manitou Transit family), he would occasionally respond to tourists taking photos of him working at a fishing net by reaching down, unbuttoning his trousers, and dropping his pants. He would keep right on working, Mike remembered, “with his bare butt sticking out under his shirt. This usually sent mothers and children scurrying up the hill.”

One comment on “An Old Salt in Freshwater Fishtown”