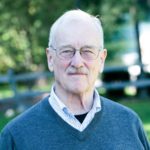 Berkley W. Duck III, FPS Board President, retired in 2001 as a managing partner of Ice Miller, a large, Indiana-based law firm, where his practice included corporate governance and finance, securities law and mergers and acquisitions. Berkley is a past chairman of several civic and arts organizations in the Indianapolis area including the Indiana Repertory Theatre, Conner Prairie Interactive History Park and Conner Prairie Foundation, Inc., which manages the endowment of Conner Prairie. He is the author of Twilight at Conner Prairie: The Creation, Betrayal and Rescue of a Museum, which describes the development and resolution of a governance dispute between museum and its trustee, and has written a crime novel, The Grapevine. He also is a member of the board of the Leland Township Library. Berkley is a graduate of Brown University and Harvard Law School. He and his wife, Nancy, are residents of Leland. They have two children and two grandchildren. 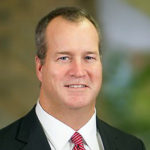 Scot Zimmerman, FPS Treasurer, resides in Traverse City, and currently serves as Regional President, Northern Michigan for Huntington Bank. Growing up in Traverse City, he spent his childhood climbing the dunes, swimming and sailing on all our lakes, visiting Fishtown, and passing through on the way to explore South Manitou. As an adult, he has spent time doing many of the same things with his wife Liz, and two daughters Katy and Maddy. Liz, being a Leland native, made the connection to Fishtown important to the family. It is this connection that prompted Scot to become involved with the Fishtown Preservation Society. 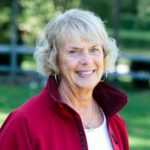 Joanie Woods, FPS Assistant Treasurer, resides in Leland and is very active in a broad range of community activities. She presently serves on several committees for Fishtown Preservation Society. Joanie is former Chair of the the Leelanau Conservancy’s Wildflower Rescue and of the Leelanau Heritage Route. Joanie graduated from Abbot Academy (now Andover), and received a B.A. from the University of Colorado. 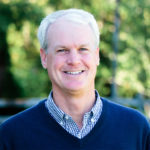 Matthew (Matt) Anhut grew up in Ypsilanti, Michigan, and is wholly fortunate to split his time between Leland and southern California.  During his working career, Matt was general counsel of Bel Air Investment Advisors in Los Angeles, where he served on the firm’s management committee, as well as oversaw legal matters, human resources, and its securities regulatory compliance program. Prior to that time, Matt was in the private practice of law, initially with Kirkpatrick & Lockhart (now K&L Gates) in Washington, DC and New York City and then with Bryan Cave LLP in Santa Monica, California.  Matt earned his undergraduate degree, in business administration, from Georgetown University and his law degree from Emory University. Matt has been admitted to practice law in California, Maryland, and Washington, DC (each inactive currently) and was registered as a securities industry supervisor and representative.

David Burkhardt is the youngest of six children, all born in Detroit. He grew up in Birmingham, Michigan, and attended Western Michigan University where he earned his BBA with a concentration in Business Management and Finance. Following graduation, David joined Xerox Corporation and worked in the Detroit area for ten years. After moving to Chicago in 1995, he worked at startup companies and Fortune 500 firms in various sales leadership roles. Currently, David is working as a Sales Leader for Talkwalker. Outside of work, he enjoys volunteering in his community, most recently serving twelve years on the board for SamaraCare Counseling, including time as president. David met his wife Barbara in college. They married in 1986 and have three children. The family has vacationed in the Leelanau Peninsula for more than 25 years – and each time they visited they grew more attached to Fishtown. In 2021 David and Barbara moved permanently to Leland and live a short bike ride away from downtown Leland.

Sandra S. Clark grew up in Manhattan, Kansas, where her father was a history professor at Kansas State University. Her B.A. and M.A. in history are from Michigan State University. She began her history career teaching Canadian and American history at Plattsburg State University College of New York and Michigan State. She interrupted her work on her PhD dissertation in the history of Canadian-American relations to become an editor and speechwriter for the Canadian Embassy in Washington, D.C, in 1975. She returned to Michigan as editor of Michigan History Magazine in 1979. She was deputy director of Travel Michigan for three years before she became director of the Michigan History Center in September 1991. Her professional service has included terms as president of the American Association for State and Local History, the Michigan Museums Association and the Automobile National Heritage Area. She was the 2009 recipient of the Michigan Historic Preservation Network Leadership Award, the 2017 Michigan Museum’s Association President’s Award, and the 2019 American Association for State and Local History Award of Distinction.

Kathryn Bishop Eckert (Omoto), FPS Board Past Chair. Is an architectural historian and historic preservationist who has studied buildings  and cultural landscapes throughout Michigan and assisted its communities with preservation activities.  Born and raised in Detroit but now living in Leland, she is Michigan’s past State Historic Preservation Officer and a former advisor to the Midwest Office of the National Trust for Historic Preservation.  She was a founding member of Preserve Historic sleeping Bear, the Keweenaw National Historical Park Commission, and Friends of the Michigan State Capitol.  Buildings of Michigan, first and revised editions, Oxford University and University of Virginia Presses; the Sandstone Architecture of the Lake Superior Region, Wayne State University Press; and The Campus Guide:  Cranbrook, Princeton Architectural Press are among her writings on state and regional architecture.  She us a 2012 Fellow of the Society of Architectural Historians.  She received Honorary Affiliate Member awards for distinguished service to the profession of architecture from the Michigan and Detroit Chapters of the American Institute of Architects, as well as the President’s Award for contribution to Michigan’s architectural heritage from the Michigan Historic Preservation Network.

George Meeker is a lifelong summer resident of the Leland area who retired here with his wife, Cindy, in 2014. George graduated from Ohio State with a Business degree and the University of Miami, Florida with his M.B.A. After starting his career in sales with the Hobart Corporation, he worked as a Manufacturer’s Representative for the past three decades representing aluminum casting and extrusion businesses, selling products throughout Ohio and Indiana.Outside of work, George has been involved in service to his community’s United Way, Hospital Foundation, Nature Center, Church, Community Bank and various social organizations. George and Cindy have three married children and ten grandchildren who have learned to love the Leland area as much as they do. George is interested in helping to keep Fishtown and the surrounding community strong and vibrant for future generations.

Brian Price was involved in the commercial fishing industry for 18 years. He worked for Ross Lang fishing out of Leland and Munising from 1973-85, he then became Captain/Trainer on a trap net, fishing for the Grand Traverse band from 1985-88. With his deep interest in both land and water conservation issues, Brian began working for the Leelanau Conservancy in 1988, leading that organization as Executive Director for over 25 years. Brian and Susan have four children and seven grandchildren, and live on a farm in Cleveland Township.  In 2018 Brian took on the job of Lake Biologist for the Lake Leelanau Lake Association, and leads its effort preserve water quality in the lake and also to bring invasive Eurasian Watermilfoil under control. 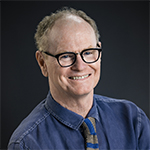 Ken Richmond, AIA, founder and partner at Ken Richmond, Architect, has over 35 years’ experience in residential, commercial and civic architecture in Chicago, Santa Barbara and Traverse City, with an interest in village, township and development master planning, vernacular architecture in new buildings and Historic Preservation. His work has gained recognition throughout the region. Ken has earned undergraduate and graduate degrees from the University of Notre Dame and taught design there from 1988-1990 as adjunct professor. He is active in growth issues and the built environment. His community affiliations include the Traverse City Historic Districts Commission, Traverse City Planning Commission, Downtown Development Authority Advisory Committee, Preserve Historic Sleeping Bear, Friends of Historic Commons. 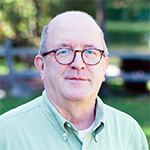 Jim Ristine a historic preservationist and art historian is the founder and owner of Great Lakes Art Services of Leland, Michigan, as well as a licensed building contractor. He graduated with degrees in art history and religion from Denison University and in art history and museology from the University of Minnesota, and pursued graduate work in historic preservation at Eastern Michigan University. After curating at several museums in the Twin Cities, including the Minnesota Museum of Art, Jim founded Great Lakes Art Services in Milwaukee in 1987, which he relocated to Leland in 1989. Jim is a founding member of the Board of Directors of the Michigan Legacy Art Park in Thompsonville and a former member of the Boards of Preserve Historic Sleeping Bear and the Leelanau Community Cultural Center. 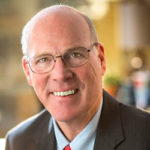 George Strietmann is a retired Vice President and Principal at Bahl & Gaynor Investment Counsel in Cincinnati, Ohio. Prior to joining Bahl & Gaynor, Strietmann was a Vice President and Senior Trust Officer for the Fifth Third Bank in Cincinnati. Throughout his career he has also devoted himself to public service, serving on numerous non-profit boards and committees in the Cincinnati and Leland area. After retiring in December 2018 he and his wife, Linda, spend most of the year in Leland, where he has spent his summers since childhood. A sailor all of his life, George is at home on the water. He wants to be a part of keeping what makes Leland and our region unique, including caring for Fishtown and the waters of Lake Michigan.